While this pattern is good for a currently thirsty, drought-stricken western U.S., it’s also a recipe for extended pest and insect season as pests won’t find the need to migrate or hibernate through the otherwise cold winter. According to Treehugger.com, El Nino would also increase chances for rodent-borne disease. Rain brings insects which, in turn, brings rodents. How will El Niño affect you? 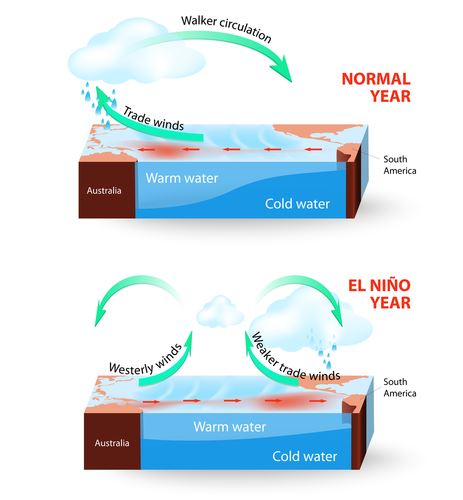 Warmer winters are a natural occurrence in any El Niño year. in 2014, we are going to be particularly careful based upon warming trends that we have seen in recent years that weren’t due to an El Niño presence. In recent years, even as close as Arizona, we have seen an increase in scorpion activity. According to a story earlier this year by AZfamily.com, Phoenix has seen scorpions come out of hibernation earlier than usual. This shortened hibernation is due in part to increased insect activity in, what would usually be, colder months of winter.

What Can You Do To Protect Your Home?

The pest control experts at Fischer’s Pest Control are well-equipped to handle the expected increase in pests and insects this winter. Trust our professionals to accurately diagnose which pests and insects are crowding your living areas, and execute the proper measures of prevention and cure.